How This Millennial Paid Off $120,000 in Student Loans While Making Under 6 Figures

How This Millennial Paid Off $120,000 in Student Loans While Making Under 6 Figures

This is an interview with a Snowball Wealth Community member, Sofia Bastida.

I’m a first-gen Latina who went to a private university and ended up graduating with six-figure debt. Neither of my parents knew much about finances nor how to fund college, but they made enough to be placed into the middle-income class, so I did not get much financial aid as I didn’t qualify for pell or state grants. So yes, I had to take out student and parent loans, not knowing much about anything loan-related. However, I have taken the initiative to expand my knowledge and learn about personal finance. I am very proud to say that I paid this six-figure debt off in 26 months without making a six-figure salary –– all while living independently.

What advice would you give someone who wants to pay off their 6-figure debt?

I would say look at where your money is going. In my experience, when I really looked at my spreadsheets, I began to see the discrepancies between how much money I was bringing in and where it was going. Some months I was paying about $2,000 towards my student debt, while other months, I was paying $5,000. I wasn’t fully aware of how much I should have been allocating or I was using that money towards things I didn’t really need such as clothes or eating out. My advice is to be intentional with how you spend your money.

I would also say it has a lot to do with mindset. I typically found articles of lawyers and doctors who paid off their six-figure debt in three years and it felt so unrealistic for me throughout my journey because I didn’t make the salary that they did. But I think trying to adjust your mindset to accept that you don’t have to make this huge, crazy salary to pay off your debt is key. On top of that, you need to ask yourself if you really want to be debt-free. Because if you do, you’ll make an aggressive plan, but if it’s not a high priority, you’re going to keep making excuses.

What are some of the strategies you implemented to pay off your debt?

At the time, I didn’t know, but I was essentially using the Avalanche method. Mathematically, it made more sense to me, so I started paying off the debts with the higher interest rates first. I also chose to refinance my mom’s Parent PLUS loan into my name because my credit score was good enough that I managed to get a much lower interest rate. Furthermore, I cut a lot of my expenses and became more aware of personal finance overall. When I lived in New York, I was not living glamorously and made a lot of sacrifices such as having to couch surf with a friend for a few weeks and subleasing until I found a permanent spot. You could choose to live in this glamorous apartment in Manhattan where the expense would be almost your whole paycheck or you can live in a different borough for a lower cost, more space, and still have a nice apartment. I would say rent is one of the most significant expenses, so really spend extra time looking for a relatively cheaper apartment if you’re planning on moving.

When did you start taking your financial literacy seriously?

During my junior year of college, I realized how much in student loans I was accumulating so instead of continuously taking out loans, I reached out to my advisor and Associate Dean. We mapped out my whole graduation plan on a whiteboard so I can graduate early. That was when I started taking my financial literacy seriously. I was initially in a five-year program, but I managed to complete it in three and a half years. Even though my advisor and Associate Dean advised against my plan, I was adamant about completing it relatively quickly because I already had an insane amount of student debt.

What are some of the sacrifices you made to ensure you were putting a lot towards your student debt?

So many sacrifices! First off, graduating early meant taking a full course load every term. So my time was very limited. I sacrificed having a typical college experience because I was either working or was studying. I could have gotten away with getting C’s, but that was just not the type of person I was; I have always been an overachiever and strived for more. I had to get A’s in every class, so if I was not working, I made sure I studied enough to get A’s.

I also remember moving to an apartment about 20 minutes away from campus my senior year. It wasn’t really in the safest area in West Philly, but I thought it couldn’t be that bad at night. Then, I remember winter came and the heating system was complete crap in the apartment. I bought myself a personal heater and went through it because it was $325 a month, plus utilities. I chose to live in that apartment that was 20 minutes away from campus to pay off my senior year without racking up more in student loans. 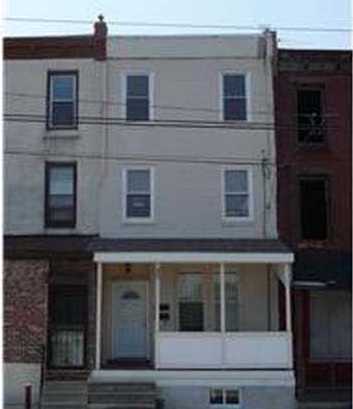 What were some of the things you did to make sure you weren’t accumulating more debt during college?

Since I already had a large amount of student debt and wasn’t receiving much financial aid, I decided to work throughout my undergraduate career. I worked through the co-op program that my school offered. So this meant that I went to school full-time for half the year and then worked full-time for the remaining half of the year. I was able to work part-time too from these co-op opportunities. I also looked for additional scholarships by asking the Associate Dean and he was able to find me additional funding from unused work study. So on top of working from the co-ops, I was also fortunate to receive some unused work study funds. However, even with the effort I put into working while going to school, I graduated with about $120,000 in student debt.

When did you decide you wanted to tackle your student debt and pay it all off?

I graduated in March 2018, and I didn’t officially start making payments until September 2018. I did a lot of research. I remember reading many articles, making all these phone calls to loan providers for my loans and my mom’s loans. I had no idea what I was asking them because I didn’t even fully understand student loan debt, like the Parent PLUS loans! Once I came across an article about refinancing, I started looking more into the Parent Plus loans because most of the debt came from those loans. It was approximately $100,000 because they had higher interest rates, so my mom was accumulating a lot of interest.

After applying to multiple lenders and getting denied endless times, I finally decided to refinance my mom’s Parent Plus loans in my name. From there, I started paying off the debt aggressively.

Have you had any inspirations in regards to wealth building? 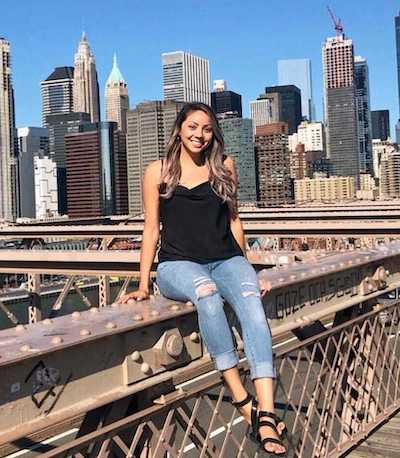 Yes! I recently came across the FIRE community, and it changed my money mindset. The entire time I was aggressively paying off my student loans, I didn’t really know what I would do once I was finally debt-free until I came across that community. I used to think that I couldn’t travel because of all the debt I had, but I learned there are just smarter ways to do those things. Instead of going on a one-week vacation and spending like $4,000, I could go on a one week vacation via travel hacking and only spend about $1,000 so I realized that it’s about being smarter with your money.